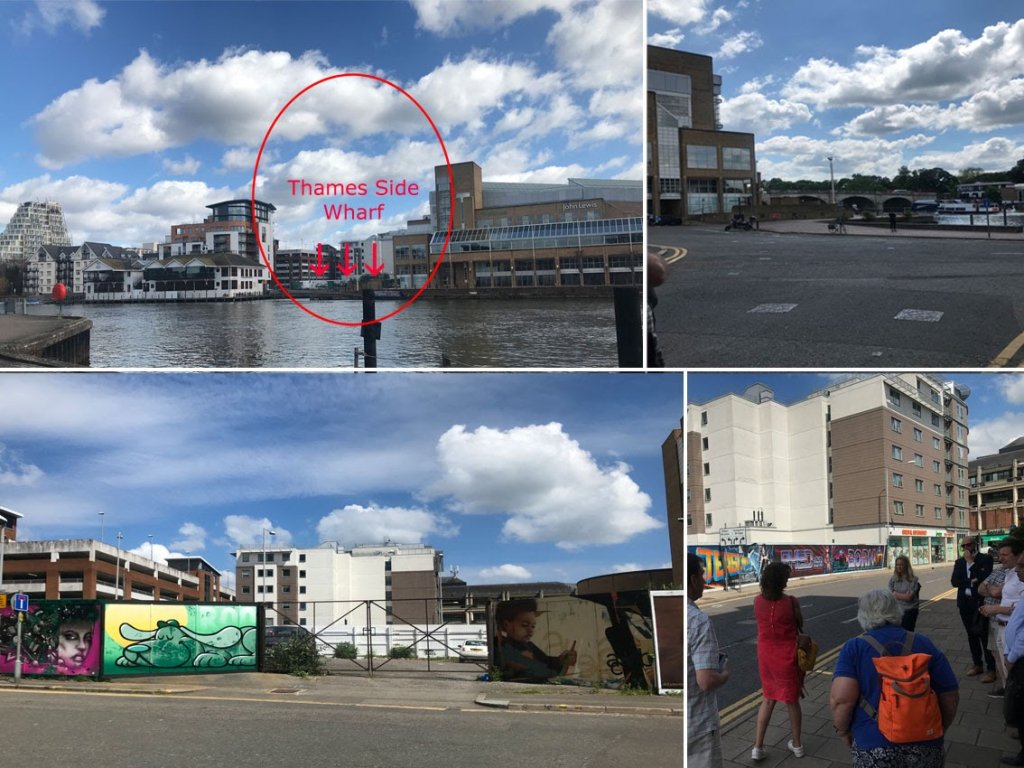 KS members and few other residents attended a site visit on 7th June.

The owners are now looking at a residential led mixed use development for both plots with no retail planned. Currently the site is divided by a public highway and fronted by the exit of John Lewis delivery access. The obvious opportunity to build across the road (like the John Lewis building) was considered a non-starter on the basis of expense but we dispute this.

If all goes ahead Thames side of the public way – in front of Turks Pier – would be pedestrianised and improved as public realm amenity. Outline plans are suggesting two tall buildings, the tallest nearest the river.

The architect was keen to note the site is in the Opportunity area with a high density allowance. (this despite recent clarification on the GLA website that Kingston is not yet an opportunity area) He suggested the height for the plot behind the iQ student house will start lower with 10+ storeys and will rise up to 18 floors if allowed. This would be in every way an inappropriately scaled building for this key riverside location.

Initial thinking suggests residential unit numbers are around 200 but this is not definite at this stage. We were told plans were at an early stage and public consultation may take place sometime in July.

(Another Major consultation to pencil in for July!) 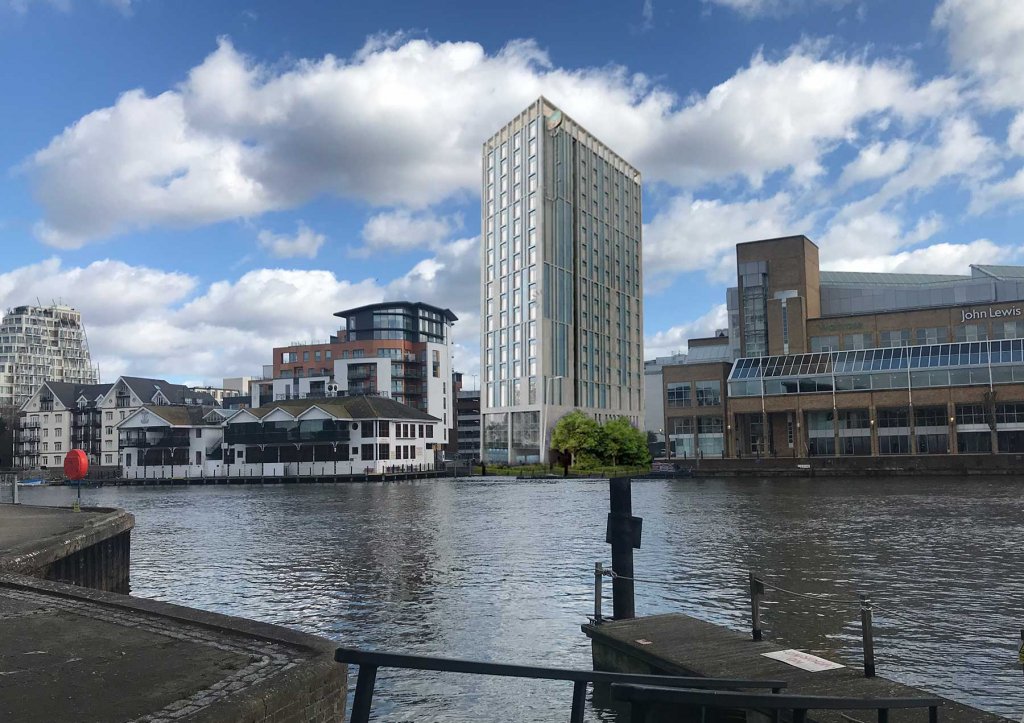