A KS member, who has asked to remain anonymous, gives a personal view on Hillcroft proposals.

(The Editor writes: This is a somewhat of a rant and rather obscurely technical for the lay reader but we have included it as an indication of how ‘green-washing’ is used too diminish the ecology argument. And let it not go unremarked that a safe female only education facility has been turned into a business and outsourced to profit)

I object to this as being environmentally destructive and the mitigation is derisory. The ecological work is disjointed and difficult to follow. All the features found appear to be destroyed. These are the ecological features to which the mitigation hierarchy should be applied starting with AVOID as per the National Planning Policy Framework.

There is no logic to ‘amenity’ grass containing so many species and there are swathes of bluebells which cannot be ignored. The evaluations are flawed, the assertions in the heritage document are wrong. This is anti-wildlife and pro-development with no recognition of the ecological processes of a ‘fully functioning biosphere’, which is the obligation of a CIEEM member. I believe that the following would be required to bring the Environmental Work to the required standard.

https://rhacc-consultation.com/our-proposals photograph with naturalised bluebells (termed hybrid in the report, really every single one?). If they are hybrids there must have been native bluebells and there may still exist. Let’s have a competent FISC Level 5 survey (see BSBI website). The woodland at Hillcroft appears to be of a higher quality than The Wood, Local Nature Reserve (which was a garden planted with many non-native species and is now overrun with invasives). This land has not been previously developed according to the OS maps until The Gables was built so the woodland/hedgerow to the south could be original.

There is nothing in the documents to indicate the impacts on the adjacent SINC’s. Seventy three trees removed, really? How many of these are veteran trees. Veteran trees are considered to be irreplaceable habitat. They may be used by the eight bat species which were recorded on site.

Badgers
What purposed does it serve to remove the badger report. My colleagues in the field agree that the removal of the badger report from the planning file was unnecessary as the badgers are safe from the public but not the developers. Only vulnerable setts should be kept confidential. Where are badgers going to forage post development? This will bring conflict with local gardeners and traffic as they widen their search for foraging areas.

A Desk Study also provides information regarding sites important for bats nearby. Bats have multiple roosts that they use at different times of the year; they commute along dark corridors to their various feeding areas. Bat habitat use, foraging strategy and items of prey, differs according to the species and should be qualified.

Nine/ten species of bat have been recorded foraging over the Filter Beds at Seething Wells. Larger tree dwelling species have no roost availability at the Filter Beds but they are dependent on it for foraging, especially in the early part of the breeding season. Taking out large numbers of trees, especially those in the lower categories, as they plan to do at Hillcroft, may wipe out the roost resource for the Leisler’s and noctule bats discovered using Hillcroft. Both these species are rare in London and Leisler’s bat is rare nationally.

Bat habitat assessment
Strangely, the bat report contained no mention of the tunnels. This would be the second point of interest (after a Desk Study) in any Bat Habitat Assessment. As the report is presented, there is no evidence of a recent Bat Habitat Assessment being undertaken in the current round of Phase 2 emergence surveys, with an expired survey from 2018 not presented to the planning file. Powell House was downgraded conveniently to negligible for bats.

The assessment is a vital step where the buildings surveyors crawl through the loft spaces looking for any signs of bat use and occupation (from feeding remains (moth wings) or droppings from feeding/roosting areas).

Emergence times
Normally, the emergence surveys are expounded in the results and then evaluated in the Discussion. Guidelines are given by the Bat Conservation Trust Survey Guidelines endorsed by the CIEEM for surveyors and the times of bat emergence are important in ascertaining whether a bat has just left a roost or has travelled from an offsite location.

Bat species recorded
They are not even clear about the number of species or when they surveyed. The Summary gives June as for the initial survey but the main report states July. Read 1.3 yourself and see if you can make sense of when it was surveyed. If the month of June was not included in the emergence surveys, a roost could have easily been missed. In the Discussion there are 5 bat species recorded and two of these do not follow the convention of being spelt with the required uppercase letter, as if there is no familiarity with the species and lack of competence.

But during the emergence surveys they found 8 species: soprano, common and Nathusius’ pipistrelles; brown long-eared bat; noctule and the closely related Leisler’s bat; a bat from the genus Myotis andnatterer’s bat. Look what happens when we obtain a distribution map of Natterer’s bat. They are absolutely rare in the borough they have been recorded at three places in recent years (two on the borough boundaries). 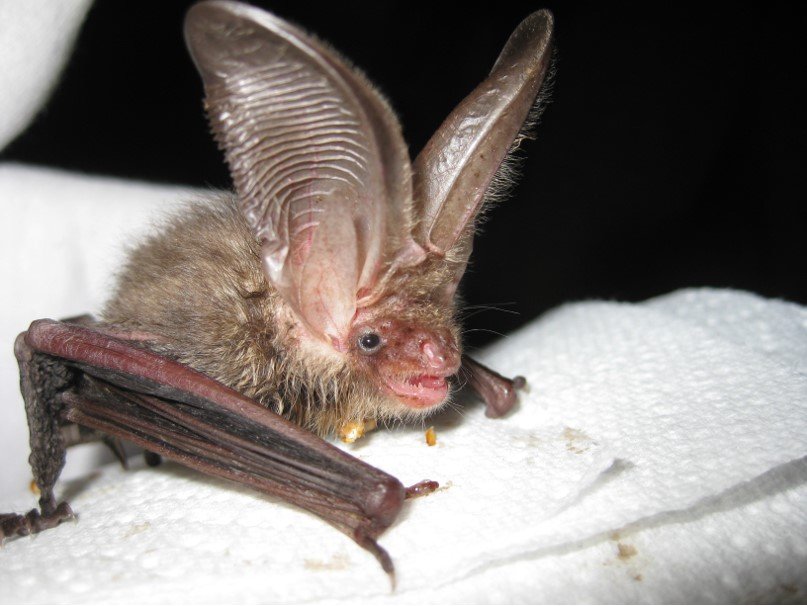 I will reserve my comments to just one further species found during the surveys: the brown long-eared bat. One was recorded at 20.25 during the September 6th survey, which is sunset + 60 minutes, exactly within its emergence period. We have few records in Kingston: one was recorded along the Pipe Track before the lights went in. It likes old roof voids where it roosts all the year round so could easily be using the voids at Hillcroft as we have no evidence that the lofts have been entered.

Evaluation
So, Hillcroft has more bat species than any site in the borough other than Seething Wells and Sixty Acre Wood. The report uses Stephanie Wray’s evaluation scores to value the site for bats. Yet Table 5 appears truncated with part of it disappearing with no score produced.

Yet at 7.9 they tell us that pipistrelle and noctule bats ‘are tolerant of lighting’ (without giving an authority). Their ‘frequently passing natterer’s bat and Leisler’s bat’ appear to drop off the radar here.

But is this document actually fit for purpose when all of the bat species recorded, also roost in trees, particularly during the mating season. Is the tree survey fit for purpose where the Mitigation (pg 12) conjures an ash tree of moderate value to bats – for the first time – and the veteran oak of high potential is clearly due for removal (even though the authors give us ‘hope’, that it isn’t). What happens when the trees are removed on the insect biomass or the removal of the trees as light shields or potential roost/mating sites.

If the development goes ahead without proper scrutiny, it will have a severe impact on the bat species using the site, the bat activity in this part of the borough and reduce the numbers of bats seen foraging over the FB’s at Seething Wells. The survey has not evaluated the site adequately, as one of the most important in the borough for bats, but with particular regard to brown long-eared, natterer’s and Leisler’s bat. The increased lighting will also have a severe impact on brown long-eared and natterer’s bats. Valuable hibernation sites – the tunnels – could be lost without even a mention. 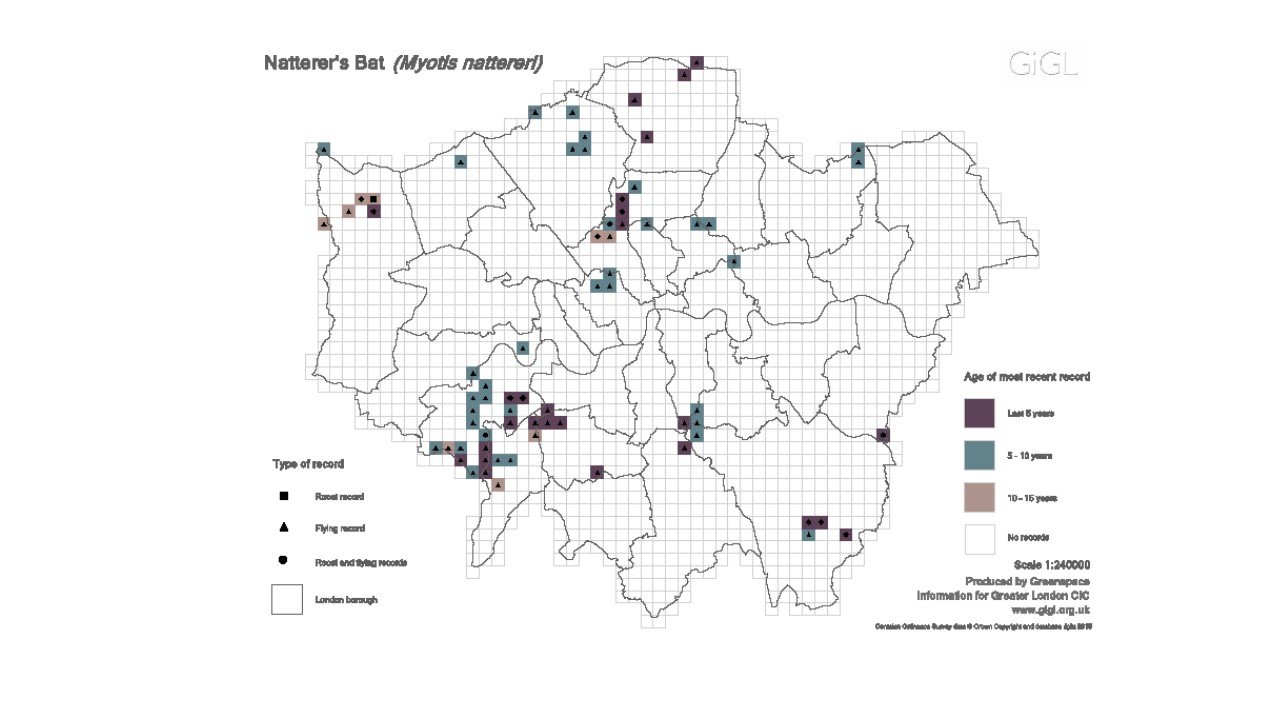 Paragraph 3.16 of the Heritage Statement states that the ‘Residential College of Working Women’, purchased the 6-acre site known as ‘The Gables’ that would be later named Hillcroft in 1925.

In the Table on page 30 we are told that ‘Powell house has no historic associations with local people or past events’. So who was it named for?

Mrs Margaret Joyce Powell OBE, after whom the new hall of residence was named, was the Librarian at Surrey County Hall and Trustee of Hillcroft when located at Beckenham Place. During her daily journey to work, she stopped at an estate agents, seeking premises for the growing college. She was given the particulars of the site then named ‘The Gables’. We are told this, in the book pictured below. Two copies are easily located in the Heritage rooms at Kingston.

Women, made invisible, their work plagiarised, ideas demeaned and ignored, even at a college originally conceived for the education of women, continue to be designed out of the current application. This is a thoroughly sexist document and I object to it on the grounds of Equalities- ie removing ‘women’ from a women’s college in every way including its history and future.

Postscript
If I had known I would have fully referenced with this link: it is updated government guidance regarding buffer zones around veteran trees:

Where assessment shows other impacts are likely to extend beyond this distance, the proposal is likely to need a larger buffer zone.

Which means it can’t really go ahead!