Skip to content
By 2030 will we be a nation of people who feel proud of where they live?

Levelling up the United Kingdom 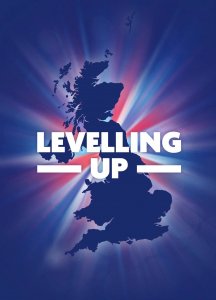 A few weeks after the new Secretary of State for Levelling Up, Housing and Communities, Michael Gove MP, launched the Government’s long-awaited Levelling Up Strategy: The much-heralded white paper on levelling up is long – 332 pages – and rich in detail, if not necessarily in specific policy solutions. Mr Gove said that he thinks the key to “levelling up communities” is twelve ‘national levelling up missions’, given status in law. (See below for the 12 missions)

Many commentators have pointed out that much of the policy announcements are “reheated” – bits of strategy that have been announced in years gone by. Others feel this is the strength of the White Paper: It does a lot of pulling together things which have already been promised, presented in a more cohesive, collective way.

One of the measures focuses on civic pride. By 2030, ‘pride in place’, which is defined as “people’s satisfaction with their town centre and engagement in local culture and community, will have risen in every area of the UK, with the gap between top-performing and the other regions closing.”

The Levelling Up White Paper (page 206) wants to restore a sense of community, local pride and belonging, which is all set against the background of a civic deficit in the UK. With civic activism and trust in planning at a seemingly all-time low and the DCMS Community Life survey stating that people do want to have a voice in their local area, but they do not feel they can meaningfully influence things, we have a long way to go to achieve the 2030 aims.

As the University of Reading report (2022) – PDF download – has pointed out, the civic movement plays a vital role in giving people a place to volunteer, so we are sure that the Levelling Up White Paper represents an opportunity for civic societies to become ‘the mechanism’ for people to have a meaningful and independent voice.