Lack of affordable homes, disregard for harms to biodiversity, massive over-development and a literal high rise concrete jungle… just some of the concerns raised by local residents and groups. 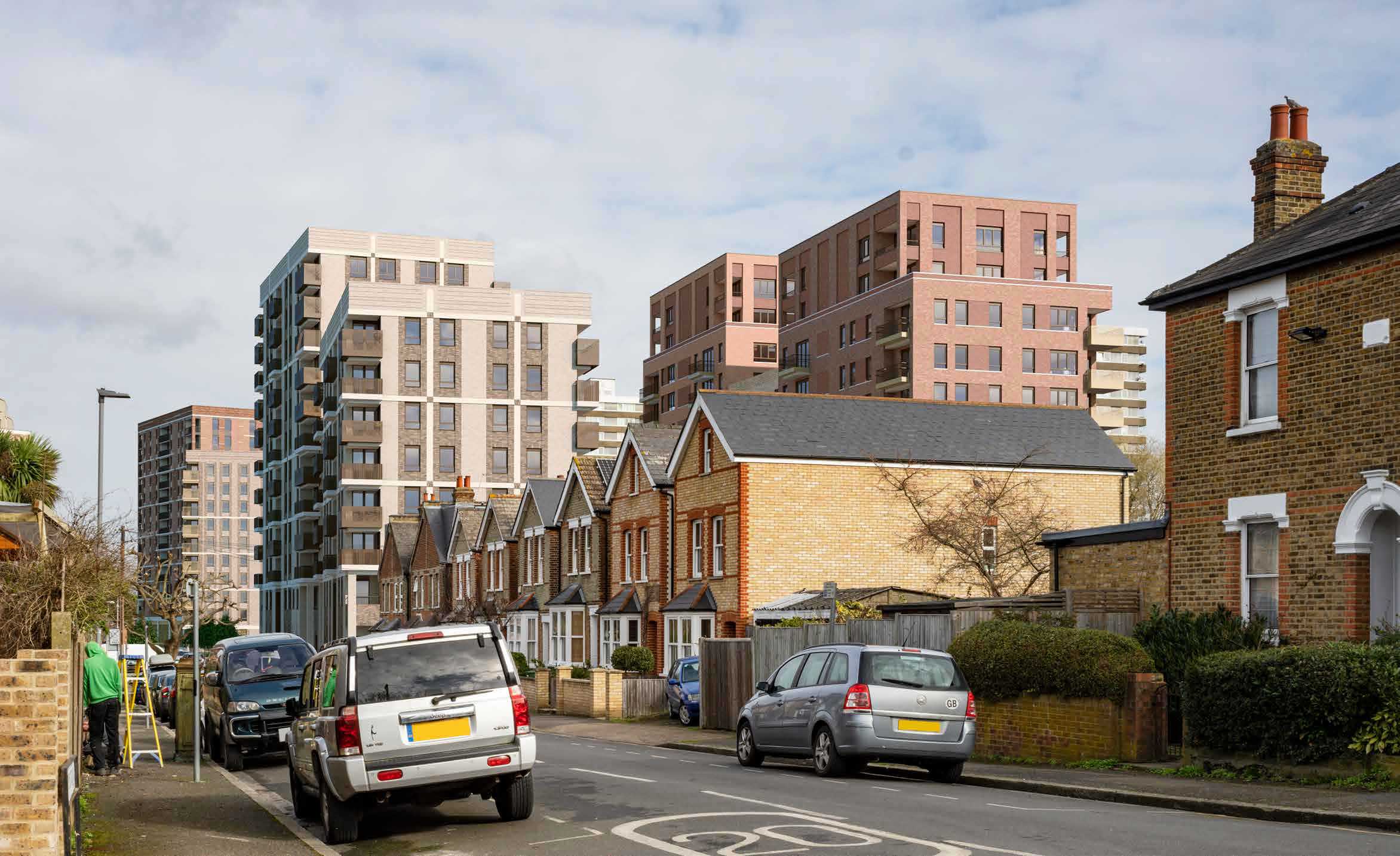 The Cambridge Road Estate regeneration scheme was approved by the Council Tuesday 21st December-click for agenda (Planning application link here: 20/02942/FUL ) subject to conditions and referral to the Mayor of London. (view the webcast here)

At which point the Mayor will have the opportunity to elect to become the determining authority, direct refusal, or allow the Royal Borough of Kingston to proceed and issue the decision in line with its resolution.

The 21.9 acre site sits in the centre of the Norbiton Ward of the borough, defined by Cambridge Road, Hawks Road and Bonner Hill Road. The primary existing use is residential, with 832 existing homes, including 675 tenanted Council homes

The Society welcomes the regeneration of the Cambridge Road Estate, but objects to increases in height as suggested because they will overpower and dominate the adjacent streets, which are predominantly 2-3 storeys high and such tall buildings will be completely out of character. The four existing tower blocks which are 10 storeys high are already high enough. Post the Covid epidemic we are concerned about density suggested in terms of safety [especially fire safety] for the residents who will live on this estate. (see this post from Campaigner Caroline Scot: Fire and safety risk as Kingston turns high rise)

We believe the proposals will have a wide impact upon the residents living not only on the Estate, but on a much wider area of local residents and businesses. The application suggests that the indicative phasing of the whole plan -10-15 years – will be completed by 2033. The result of such prolonged construction will mean an immense amount of disruption for residents and businesses in and around the Norbiton area.

We also note the number of modifications and revisions made to affordable housing to viability figures. Most recently clarification made by the consultant regarding “the length of time of the rent guarantee in respect of the proposed social rented units” Given the council promised equivalent lifetime tenancies to those voting for the demolition of the estate, it’s a bit worrying that this hasn’t been made clear in any of the viability assessments.

1) Local campaigner Phil Bevin of the group The CK says:

Earlier this month, the second viability assessment regarding the Cambridge Road Estate regeneration was published. One thing is clear: even the revised proposals for the CRE regeneration are not viable and by a large degree.

There are two main criteria for estate regeneration viability.

The latest viability assessment from November calculates the benchmark land value at £31,766,000 and the residual land value at 13,604,354. Far from increasing the value of public land, the regeneration is set to DECREASE it.

The CRE regeneration fails both essential criteria, which means that the Mayor of London should, if it is not to make a mockery of its own guidance, deny permission.

There are some caveats, which don’t really change the final analysis. One is that, in the event of a deficit, the developers must explain how this will be funded. For instance, the Mayor eventually granted Grahame Park Estate regeneration permission to go ahead despite a project deficit of £39,000,000 because it had managed to meet the 50% threshold for affordable housing and explain that it would finance the deficit by investing its own equity in the project.

By contrast, Kingston Council’s revised proposals only contain 42% affordable housing and there is no explanation of how the £18,000,000 project deficit will be met.

We can only speculate as to why this might be. But it’s worth noting that the partnership agreement between RBK and countryside properties suggests any additional investment by one partner must be matched by the other. This means that both countryside and RBK would have to fork out an extra £9,000,000 each just to keep the project afloat. Even then, it wouldn’t be viable as it will only provide 42% affordable housing.

The answer to the question of “why” this has been signed off, I honestly can’t fathom. As to how it will be paid for, it will be by the Council taxpayers of Kingston; even if RBK borrows to cover the deficit, it will have to raise taxes and/or cut council services to service the loan.
Kingston taxpayers’ only hope now is that the GLA and London Mayor stick to their own guidance and reject this absurd waste of public resource.

As we approach Decision Meeting we urge councillors to remember, the Council has stated that its intention via the new Local Plan is to promote ‘good growth’ and their intention on delivering ‘a more socially integrated and sustainable city, where people have more of a say, and growth brings the best out of existing places while providing new opportunities to communities.’

We think the context and how the proposals sit in their surroundings have not been adequately disclosed or evaluated. To propose tall buildings across the site completely disregards the principles of D9 and creates a monolithic development as opposed to one which is sympathetic and “integrates” into its surroundings.

The predominant characteristic of the streets surrounding the proposed development is one of traditional two storey houses with pitched roofs. In contrast, the above buildings do not respect local context and street pattern or, in particular, the scale and proportions of surrounding buildings. They would be entirely out of the character for the area and to the detriment of the local environment. The proposed buildings explicitly ignore the form, proportion, composition, scale and character of surrounding low-rise streets and buildings. The effect will be to dwarf and dominate the surrounding streets, completely changing the character of the historic area and overbear the existing dwellings.

While the height and context of the above buildings may be appropriate in Central London and various other highly urban areas, Norbiton is a clearly defined suburban location, and as such it cannot be considered in the same context as the whole of London.

You can find more about the SSRA and their concerns by following this link:

3) Caroline Sott lists a great many concerns here including:

The illustrations seen below show what a vast impact this redevelopment will have upon the wider Norbiton area. 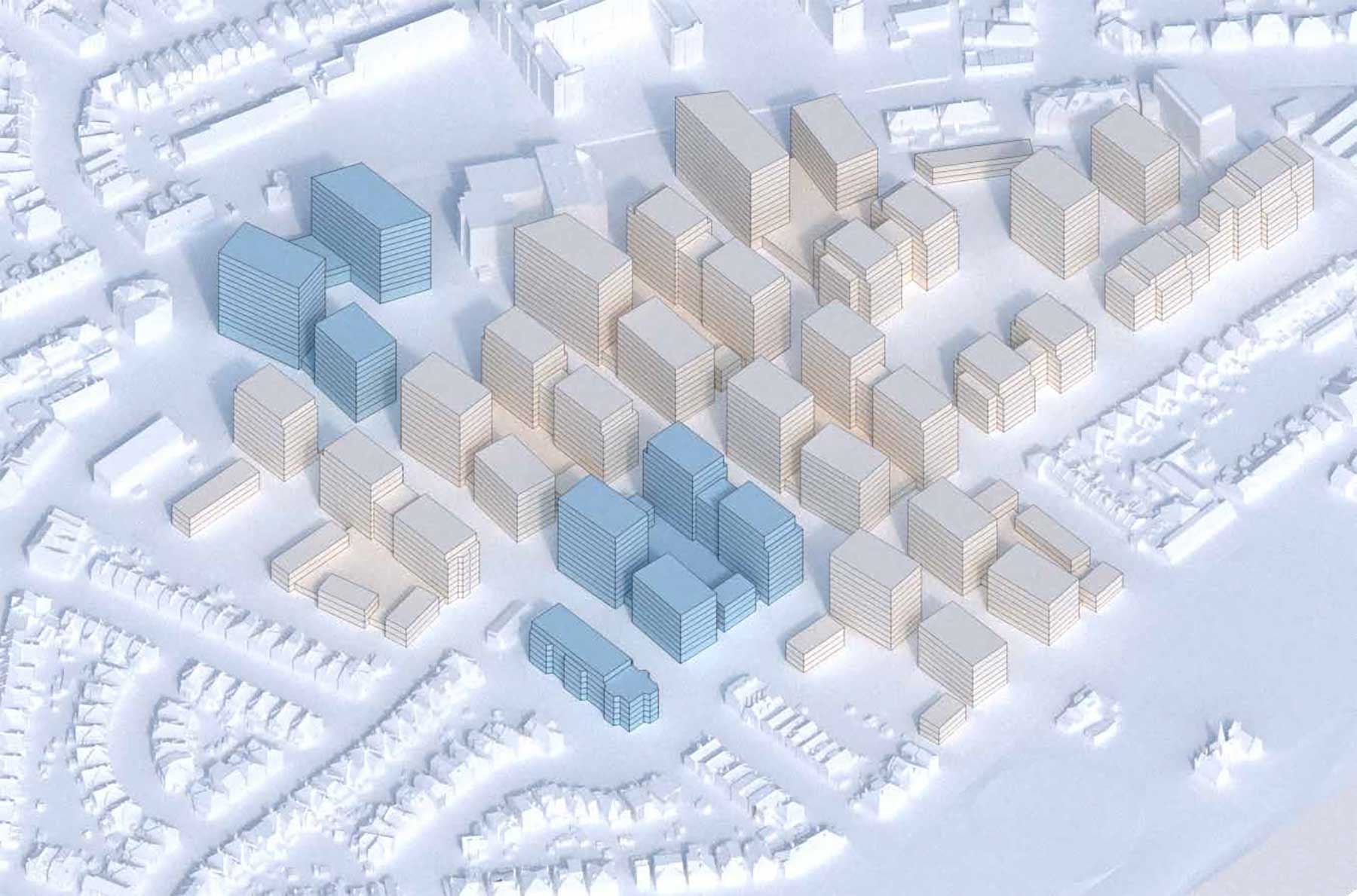 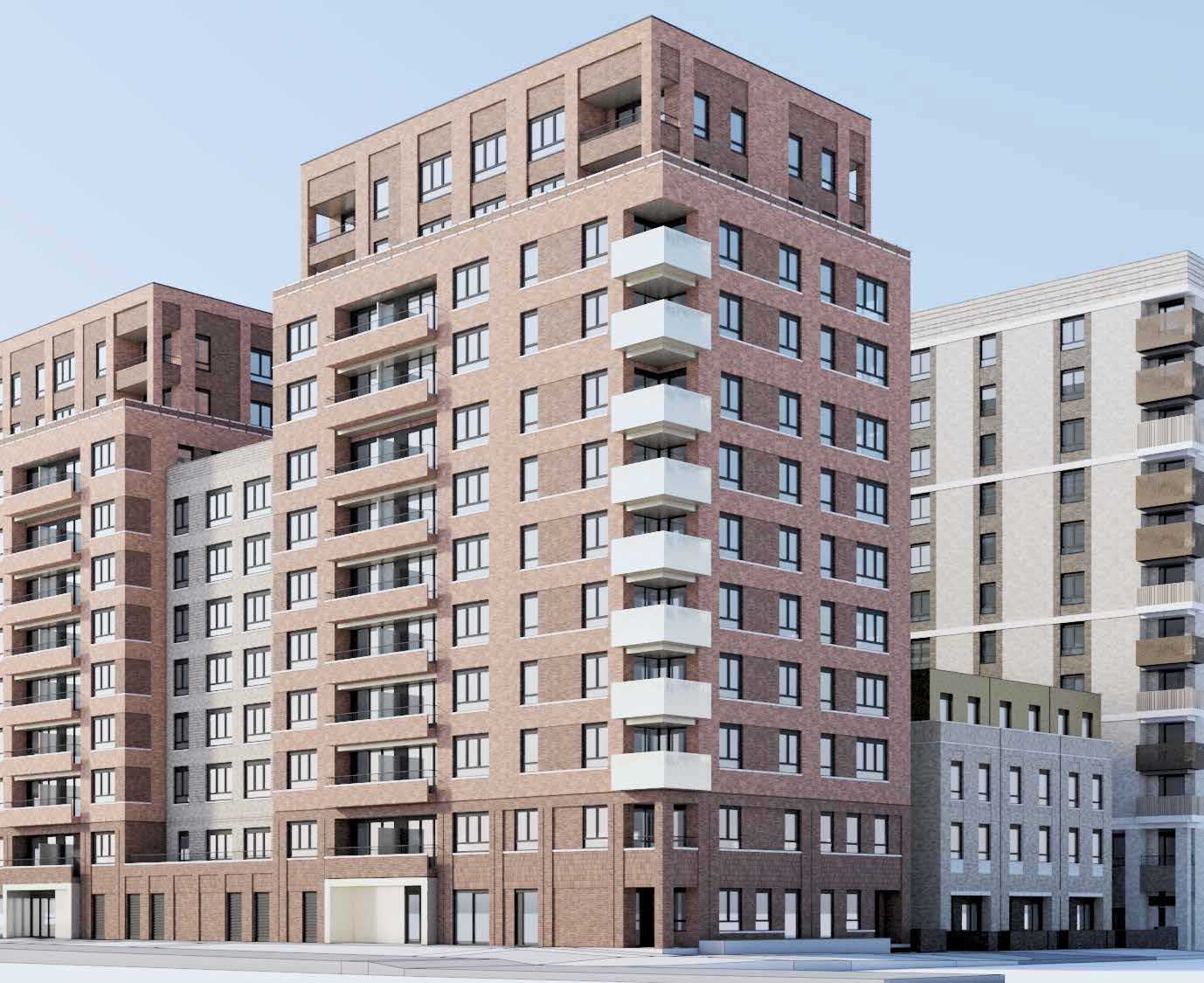