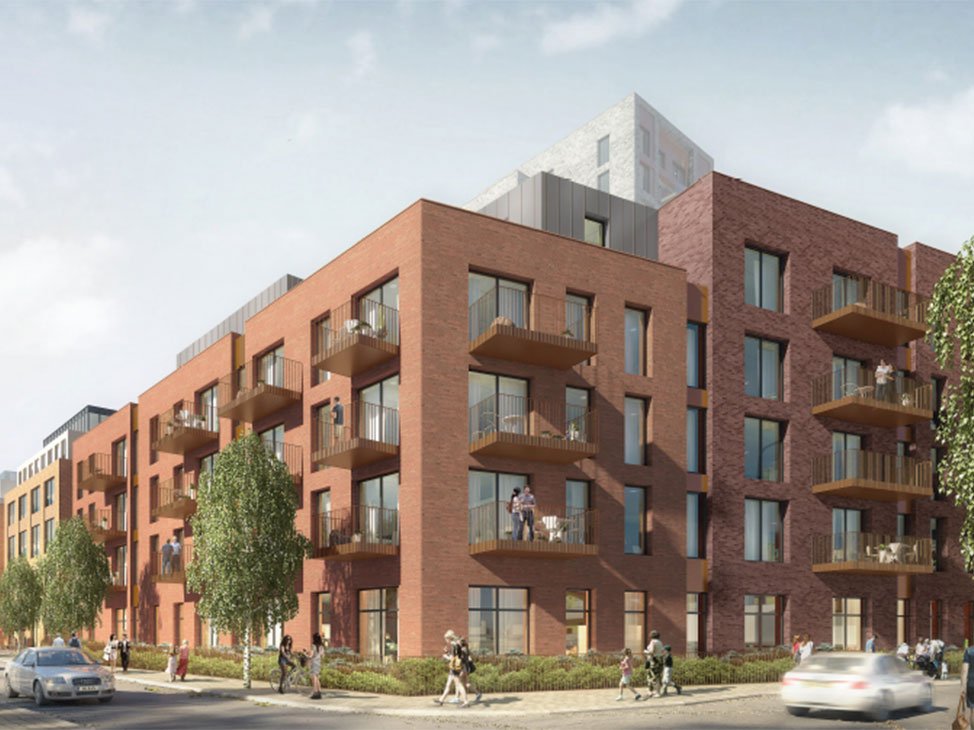 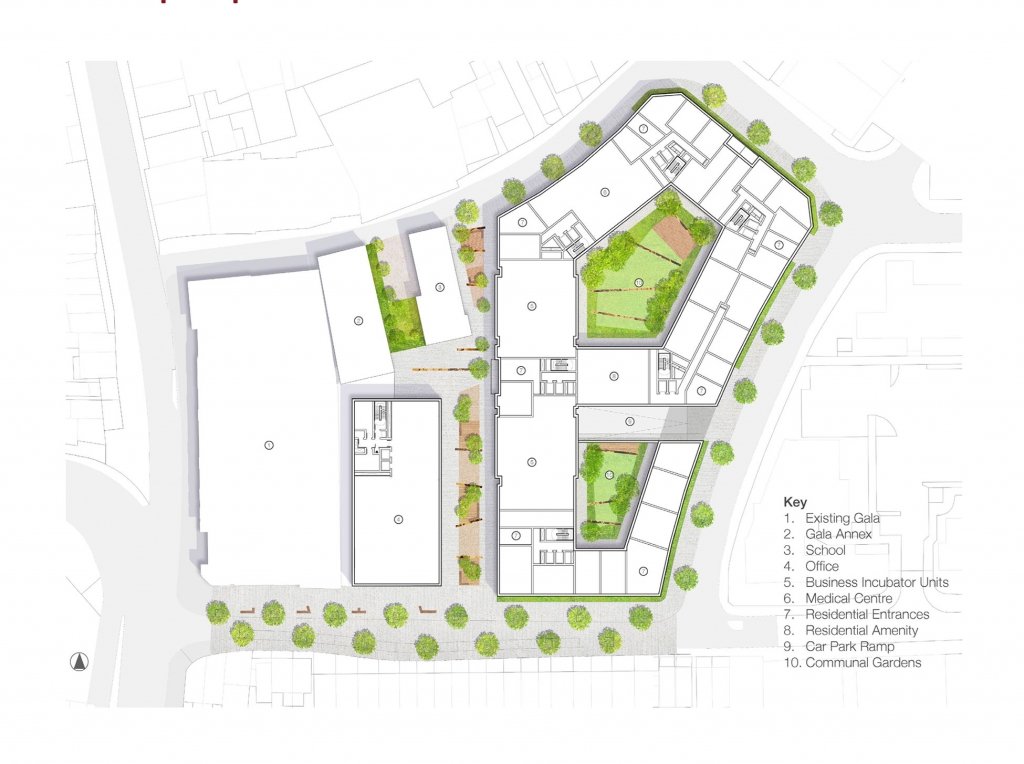 The applicant withdrew the application

Plans somewhat of a ‘Curate’s Egg’

Like others we attended presentations on this scheme in August and November.
As the presentations did not include visual impact assessments, the following DRAFT is our updated response based on what we have seen and been told thus far.

This is a large development covering the entire block to the east of the Regal Site which CNM is already refurbishing. They now want to build over 300 new flats, new offices and units for small “start-up” business, along with new landscaping and plan to repave/landscape some of Canbury Park Road.
The existing Nursery School on Cowleaze Road may be re-built elsewhere if CNM can find a suitable site. Otherwise it will take the place of the new Medical surgery shown on the plans. At the consultation meeting with CNM, the Society’s representatives learned that the scheme includes buildings with 14 storeys and about 22% flats for key workers with minimal on-site parking.

There are aspects of this scheme we can commend: the mix of residential types, a relatively generous 22% of flats to be at discounted rent for both public and private sector key workers, provision and mix of office space whilst not losing the current Sitel office space; site permeability with the proposed mews running through the site; clustering higher elements in the centre of the site; street elevations that are broken down into blocks rather than being monolithic; setting back the building line by 2 meters from the street; provision of an on-site medical center; a realistic quantity of active frontage opposite the existing residential areas. Unfortunately though “active frontage” can so easily be blanked off which could ruin an otherwise sensible idea.

We are not convinced that the 3 main street elevations respond to the current scale and character of the surroundings, simple detailing -yes- but much taller even with the current stepping in form towards the centre of the site: no. We don’t  agree there is a sympathy between the context of the tiny 2 storey cottages on Canbury Park Road versus the proposed 4 storey offices & flats opposite which we feel will dominate and overpower them.

The comparatively narrow 12m wide mews through the site will be seriously compromised by the canyon of tall buildings that will flank it, throwing it into gloomy shade and possibly prone to winds, so we don’t think that it will be anything like as pleasant as the ‘artist impressions’ make out. The planters indicated appear to look overlarge for the space and may need to be rethought or reduced in size.

The ‘elephant in the room’

The ‘elephant in the room’ – as always – is the extent to which the site is densely packed with new buildings, & is again in our opinion over developed and too tall. As always these aspects were very much obscured in the presentation that we were shown. 12 storeys [plus a ground floor of another 2 storeys] making an actual total of 14 is excessive for this part of Kingston which is presently only between 2 & 4 storeys high, and competes with those sites designated as so called “landmarks” in the Eden quarter ie the TOPO & the Eden Walk development, never mind anything else on the Surrey House site. We are not aware of any such designation for this site, and would expect to see something far less dominating on the skyline.

Given the importance of this site in Kingston’s aviation history, we would like to see references to this both inside and out to help tell the story to residents and visitors. This could be by way of display space, themed interiors, storyboards and sculptures, & we have suggested this to CNM for them to consider.

We sincerely hope that the developer won’t rely upon ‘desktop studies’ for wind impact and fire risk. We await the visual impact assessments of the scheme before we can finalise our response.

Some public feedback during consultation:

“Worried about the heigh and building behind causing canyon effect. Giving them parking permits for zone b will displace parking into local roads and affect local residents. Please make sure you put in the trees and green space you shou on the plans as illustrated.”

“Height and scale is misleading from planning visuals. Max height should be 8 stories. Planning assumptions are misleading for traffic flow and need to be reconsidered. Fully supportive of office space in development.”

“I would like to see the School in Cowleaze Road kept as part of the development, firstly to break up the appearance and give it some identity and personality. Judging by the current plans the development is going to the typical flat, high and ugly mono-slab affair without any soul, and there are just too many of these types of developments around London. But more importantly to earmark this as an important aviation site, being this being first Sopwith Aircraft factory with this the last remaining building of period before becoming Hawker and moving up Canbury Park Road. Secondary I think 13 stores is far too high, this is not a big site and is surrounded by 2 story properties. Personally I would say no more than 2 stories above the current Gala development, so still a lot higher than the current 3 stories of Sitel House.”