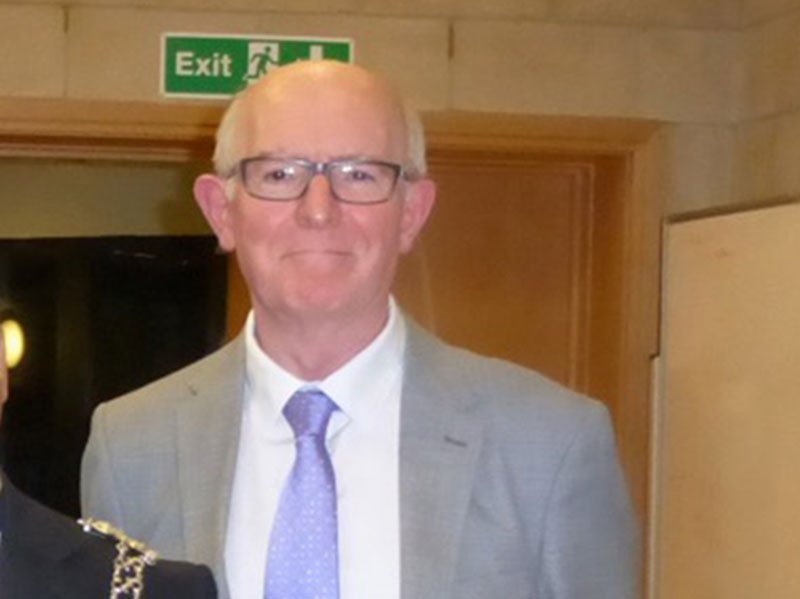 This is only my second full year in office as your Chairman and it has probably been one of the busiest that the Society has ever known.There has been an unprecedented number of things going on across much of the Borough -Tolworth, New Malden and especially Kingston town centre.   Not all of the work that my Committee discusses ,examines and comments upon is yet to be built or implemented. Some of it may never materialise, or it may change.. often in no small part to our influence at an early stage.

Firstly: several of our regular members have sadly passed away, and others find it too difficult  to come to our regular monthly meetings. The Society relies very heavily on its volunteers both inside and outside the Committee, which in turn defines what we have done in the past, can’t do, or continue to do. The Society -like the Borough- is changing rapidly, and we have had to make some significant changes.

To be more sustainable we are bringing in some changes which we hope you will support. The most noticeable so far is the way in which we communicate with our members. Our printed newsletter has now come to an end, to be replaced by the existing monthly emails which you may have noticed have more content in them now. For those not on email but who still want to keep in touch with what we are doing,  we will make something available in a printed format at our monthly meetings for you to take away. Clearly e-mailing our members is the way forward, but if you don’t have access to your own computer perhaps you have a friend or family member who is on email, and therefore it would be ideal if we could contact you through them. If you haven’t so far given us your e-mail address could you please let one of the committee have your updated e mail details if you can at the end of this meeting?.

As I said, the Borough is facing over the next few years what will undoubtedly be the biggest and most dramatic changes it has ever seen. By 2030 its population is expected to grow by around 33% [about 60,000 more residents] and evidence of the need to accommodate them can already be seen by the number of developments either coming out of the ground such as The Old Post Office site,and the so called “Queenshurst” in North Kingston, the conversion of the former Spillers’ office building in New Malden, the dismantling of Eden Walk, or the vast array of Applications which have either received consent or are waiting to be approved.

The Society has been involved in opposing many of these across the Borough not always with great success, but I think that it is a mark of the respect in which we are held, that we are nearly always consulted by the developers on our concerns and about our suggestions for improvement.

I could go into much more detail for the rest of the evening about many more of these proposals – which I won’t, but I should mention  the most recent and important are and in no particular order :

• The redevelopment of a site in Manorgate Road Kingston Hill for a large new Lidl supermarket [Application already in and being considered by the Council],

•  Alterations   – so as to gain more flats – to an earlier scheme approved on Appeal for houses and flats on the site formerly occupied by the Hotel Antoinette in Beaufort and Fassett Roads, where we have been supporting a large group of local residents who are furious about what’s been going on..!

•  Regarding Tolworth town centre, we have consistently opposed many of the new developments – notwithstanding those already consented or indeed well advanced in construction – which are part of the Tolworth Area Plan. The Policies in this Plan promote around 1000 more new flats to be built in and around the centre of Tolworth.

• Thanks to a last minute intervention by my Vice Chairman -Keith Payne – we were recently lucky in getting the Councillors to stall this plan for a 2nd reconsideration. Despite us having been on their radar for over 2 years, Officers filed to inform us that it was otherwise going to be approved on that night.

As an important aside here, the Council -both the new Administration and the previous one-  say that they want to get residents’ feedback on their concerns and suggestions There are 3 consultation events running at the moment, but personally I think that vast improvement is required.

I’ll give you a recent example : last week, sitting both as a local resident and as the representative of this Society, 5 other residents and myself [ all volunteers in various roles around the Borough ] were interviewed by the Local Government Association as part of what is called a “Peer review Panel”.The one consistent message that we all gave to the Panel is that: [1] the past and current Council was, and so far the new one as well, is very bad at communicating with its residents, [2]  trying to speak to or get replies from its Contact Centre is very frustrating, [3][ the current Website is not at all user friendly. So we all hope that this will change in the near future!

Finally I should mention that there is a new challenge being mounted by Caroline Shah a North Kingston resident. This is about whether a decision taken in 2016 and which was heavily supported by the Mayor of London and was agreed by the previous Conservative administration was legally allowed to promote the Borough to become a “Development Opportunity Area” under its so called “Direction of Travel” document?  She is as concerned as we are about the amount and nature of intense development facing the Borough’s residents in future; so she has mounted a petition against this idea. It is gathering momentum and I urge you all to read what this about.

Against this background we will go on assessing Planning Applications as they get submitted.

We also have Society representatives sitting on all 3 Conservation Area Advisory Committees and they too are facing difficulty in getting local people to step up to do the work of either Chairing the monthly meetings or being the Secretary of those bodies. This issue brings me to a couple of retirements within our own Committee: David Kennedy who has been our Honorary Secretary for many years and Terry Bowers who has been our Treasurer for about 14 yrs. We owe them both a huge debt of gratitude for all their hard work, so please give them a round of applause. We have had an offer from one of our younger members to step into the role of Hon Secretary, so we are hoping to co opt him and – if all goes well- he can start to take over from David very soon.

And finally, some years ago when we needed someone to take on newsletter editor, after the sudden passing of Tony Leich, Marguerite Perkin stepped up, and produced her first issue of the Kingston News in December 2008, for which we were very grateful. and she has done so ever since.