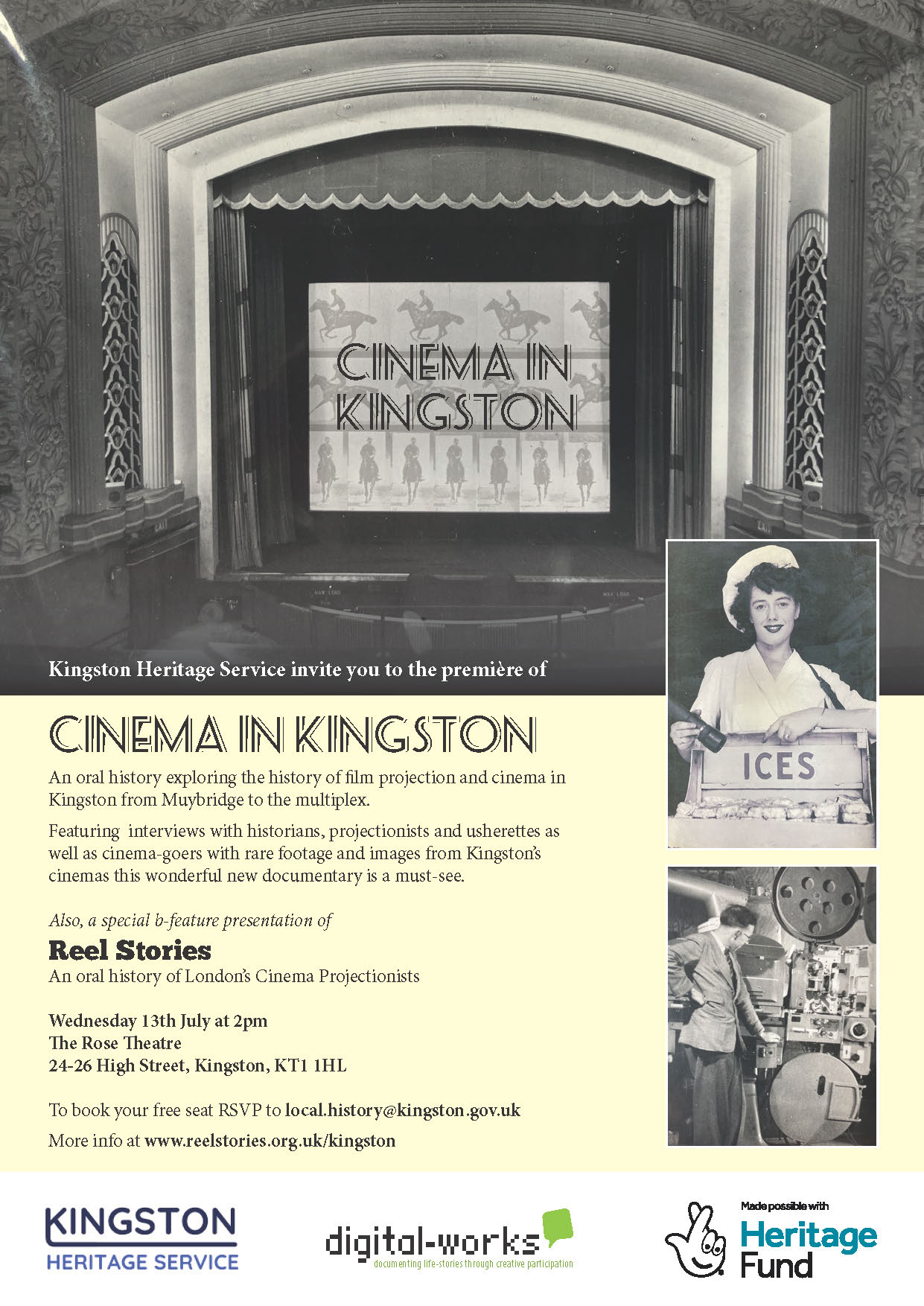 Kingston Local Heritage Service have been working with oral history film making specialists digital-works and a team of volunteers on a new project to explore the rich history of the Royal Borough’s cinemas, from Muybrudge to the multiplex. They have recorded fascinating interviews with historians, old projectionists, usherettes, managers and film buffs, and even a former Eurovision winner who sang at the Kingston Granada in the early 1960s. Along the way the team have discovered a wealth of wonderful old photographs and film footage of the cinemas. These will all be added to the archives and are also being edited to make a new documentary film.

We would like to invite you to be the first to see the film which is being launched at The Rose Theatre, itself on the site of the former Kingston Odeon.

Rsvp to local.history@kingston.gov.uk for your free tickets.