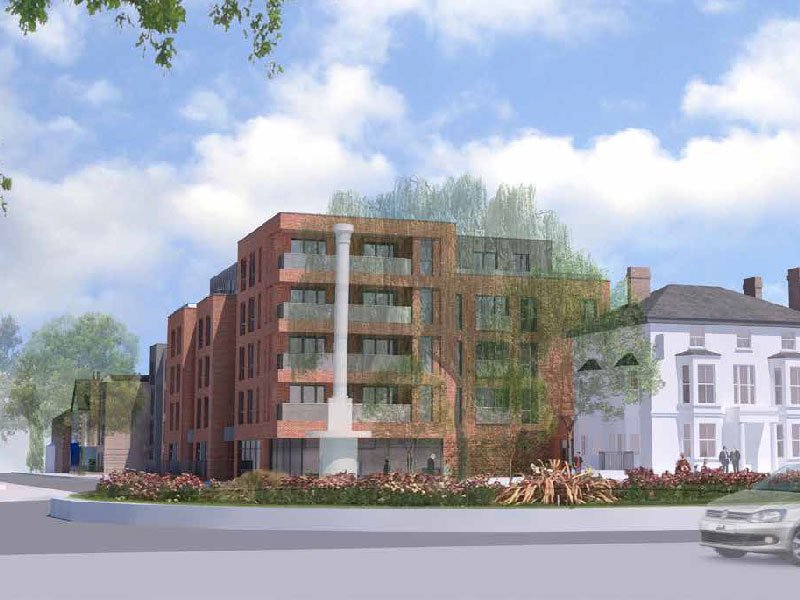 The Society objects to this Application.

The plans represent a gross over development of the site & will seriously damage the setting of the pub which is the Council has classified as a Building of Townscape Merit [BTM]. Close by are 2 other BTM’s – The “Watchman” pub & the United Reform Church in Malden Road. The“Watchman” pub will be affected visually as it is only a matter of a few metres on the opposite side of Burlington Road, but the URC will not be as badly affected as it is further away.

The height & the two types of materials which are proposed- neither are in sympathy with the “Fountain” Pub, nor the adjacent small scale properties in Burlington Rd. In their Report at item 5.2 CGMS [the heritage consultants] suggest that the plans respect the setting of the pub is a blatant lie. The new flats are joined onto this historic building –albeit set back a few meters, & we consider that there is absolutely no question that the height of this 4/5 storey block is overbearing & over dominant & it would seriously damage the setting of this BTM, & would do the same to the “Watchman” BTM.

We therefore completely dispute the assertion made by the consultants that the plans would cause ‘no harm’ to the setting of the “Fountain” pub & the “Watchman” pub. These buildings have communal value as written by CGMS as well as value in their own right. The damaging aspects can be clearly seen in their Report at Points 19-25 where the heights, flat roofs & appallingly unsympathetic harsh materials are illustrated.

Furthermore, there is an issue regarding the loss of existing trees which add value to this site. Firstly the Group G4 on the boundary between the car park & the pub garden will be lost & the Tree T2 also the same.

On a smaller but important point there are a number of flats which have no balcony provided, which we understood was obligatory under current planning advice. These are Nos.4, 5,7,12,17,18,20 & 25.

Consultation in name only

The outlook for many of the flats at the rear of both blocks is pretty miserable –they either overlook the new car park & turning area, or in the case of the pub & other adjacent buildings in Malden Road are only 7.5m apart.

The design team & developer held a very short consultation exercise before Christmas ,& suggested that they would consider the responses from the public, which were almost entirely negative but never returned with any amendments, which is disappointing to say the least.