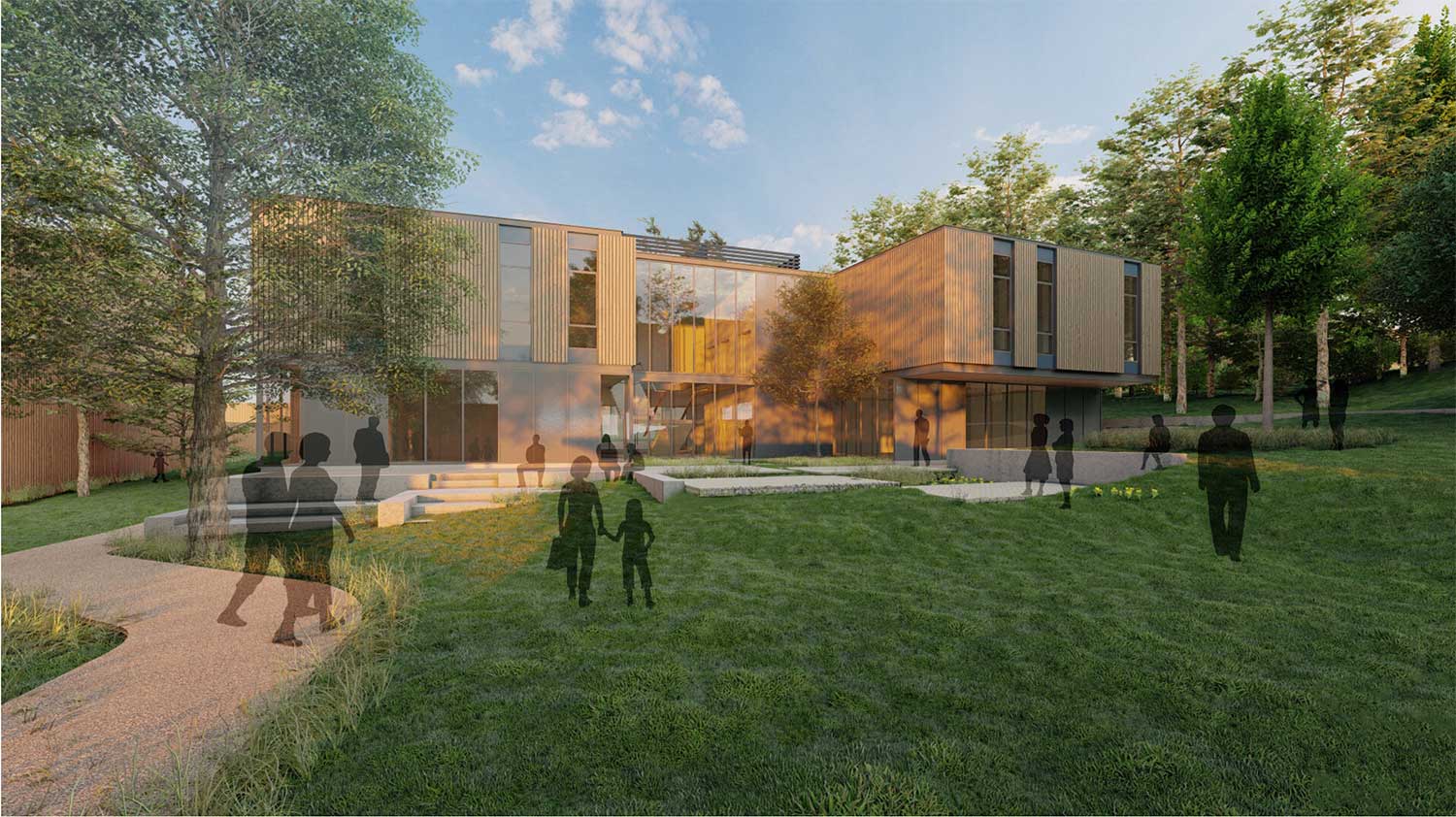 As a resident of Berrylands and the Alpha Road Estate, I’m concerned about the proposed development, which is part-funded by the GLA. It is close by and offers education to disadvantaged women across Kingston and nationally.

Richmond and Hillcroft Adult Community College (RHACC), who now own Hillcroft, have a perfect right to sell the college building and develop their land, but it’s an important site for Surbiton, especially for women and the environment. It has an impressive history and educational record, and is well-loved. Someone told me recently that they went to Hillcroft for creative writing classes 33 years ago and Jaqueline Wilson was a student in her class. Other people who went there have told me that they hate what Richmond Adult Community College is doing to Hillcroft and expressed sadness at the sudden loss of so many of the former staff. It does seem that Richmond ACC have ‘gobbled’ Hillcroft up, rather than merging as ‘equal but different’ partners.

Evidently discussions and agreements with the GLA and Kingston Council have been taking place over several years, with (apparently) little involvement of the local community. Whereas Hillcroft College was noted for openness, the Richmond and Hillcroft Adult Community College, RHACC, does not appear to be so forthcoming: there is little web presence for Hillcroft now, and information about Hillcroft’s future is mostly redacted in their online documents. The only information about the evolution of these proposals, which I could find, was from the GLA website:

Although relieved to find that there are no longer to be five(!) new buildings on Hillcroft’s site, the original plans highlight that environmental considerations were not foremost on RHACC’s agenda. It also appears that financial constraints and Covid are the reasons for shelving their more ambitious and damaging plans, not heritage or environmental concerns, or due to local engagement. Notwithstanding, the current plans show a new building footprint increased enormously compared to the 1960s block it replaces (Powell House); there will still be an additional three developments on site, plus conversion of the original house into flats for commercial sale along with half the grounds.

The proposed development of Hillcroft College (Grade II listed; Oakhill Conservation Area) risks harm to Surbiton’s heritage, environment, and the strong historical ties that this iconic building has with the education of disadvantaged women nationally. There is a real risk of loss of Victorian and WW2 heritage, wildlife, habitat and trees. I feel strongly that this is over-development in such an ecologically important and sensitive area, and a Conservation Area.

Hillcroft college has a unique focus as a national and historic college for women: specialising in residential education for women from all walks of life. It isn’t clear in the current proposals whether this special educational ethos is to continue. The loss of the main Hillcroft college building with substantial residential facilities, indicates Hillcroft’s mission “to provide safe and secure residential learning opportunities to women” will be reduced or ceased. Images of the proposals show as many men as women mingling in the grounds of the proposed college, and reinforce this suggestion (link)

Since Hillcroft’s merger with the RHACC in September 2017, most information about the Surbiton site has disappeared from the website. Local trust eroded as Surbiton connections were either subsumed or lost. It isn’t clear that the RHACC has Kingston’s, or Surbiton’s, or even Hillcroft’s interests at heart. The majority of Hillcroft staff have left (62% had gone by March 2018) and the charity’s governance is now almost entirely dominated by those with connections to Richmond borough:-

Governors: (2 out of 14 with Hillcroft connections, the rest, apart from 1, appear to be connected with Richmond)

Officers (appear now to be all Richmond apart from 1):

Shortly after merging, RHAAC seem intent on selling off the best of Surbiton’s historic Hillcroft site, but retaining their Edwardian showpiece in Richmond. Powell house, within Hillcroft’s grounds and very close to Surbiton station, has not been in use for several years. Up until 2015 it was operating commercially as ‘Tinies’ under licence from Hillcroft College, as well as caring for college students’ children. Business was booming. Hillcroft College then said that they needed to use the building again “as additional, accessible classroom space” but that hasn’t happened either. I suspect the discussions for a merger began around then.

The ‘early engagement’ plans this year were picked up by Kingston residents from social media via Hillcroft neighbours – they were not advertised at Hillcroft College itself, the RHACC website, or covered by local papers, including ‘The Good Life’. I question RHAAC’s view that Hillcroft cannot be retained, and their statement that their “financial review has shown it would be best to convert the building into much-needed new homes”; I question also their need to build an additional block of flats for private residential use, in order to fund the proposals. They do not make public any evidence to support these assertions, or that the proposals are necessary, or even financially sustainable in the long-term for Hillcroft. Their latest healthy Financial Report doesn’t indicate why halving the Surbiton site and large-scale development is necessary.

I have no personal links to the college but to most local residents, it does appear that R(H)ACC have been intent on ‘asset-stripping’ Hillcroft, ever since their merger with Hillcroft in 2017. Surbiton’s historic college in the Oakhill Conservation Area is to be sold as refurbished flats, along with half the grounds. Three new buildings are to be developed in Hillcroft’s gardens (private flats, a creche and a replacement for Powell House), sited immediately adjacent to important areas for nature: ‘The Wood’ and ‘Richard Jefferies Bird Sanctuary’. What is to be left of Hillside’s interior, appears limited to some features of the entrance area and art room see here:

Formerly known as The Gables, Hillcroft College is an important site in Surbiton’s history, the home of the Victorian Quaker Wilberforce Bryant, owner of the Bryant & May match company:-

A tunnel was built for Bryant from the house down to the station. Later additions to Hillcroft included a theatre in the grounds opposite to the rear of Surbiton station (demolished in the 1930s) and a World War 2 bunker. The RHAAC does not mention the tunnel or bunker, and they are not marked on site maps, or mentioned in the proposals. There is concern that the developments may damage them.

Wilberforce Bryant was infamous for being on the wrong side of the ‘Match Girls’ strike’. His denial and indifference to the suffering in his factory, contrasts with his appearance as an active benefactor in Kingston at the Quaker Meeting House in the town centre, and in organising local coffee houses. It is a wonderful irony that this hard-nosed industrialist’s home finally became a residential college for disadvantaged women, almost a hundred years ago. The match girls’ strike was the spark that ignited the future of Britain’s labour movement, unions and the Labour Party itself.

Byant sold the Gables to the chairman of Ridgeway’s Tea, Alfred Cooper, who added a theatre. During the Boer War this was used as a military hospital and the grounds opened to patients. The final homeowner was shipping magnate Herbert Boret who sustained financial losses as a result of the First World War and he was forced to sell the property in 1925. The estate was bought by the Residential College for Working Women, a charity established in 1920 to provide educational opportunities for working women, with no qualifications required for entry. The college was founded by Fanny Street, its first principal, and it was unique in the British further education sector – intended as a female equivalent to Ruskin College, Oxford. The Gables was renamed Hillcroft and its motto became “Through rough ways to the stars”, encapsulating the escape (through education) for women with limited employment and learning choices. “Downton Abbey“, which portrayed the societal upheavals following the First World War, referenced Hillside College as the way out for poorer women needing to provide for themselves; a necessity after the loss of a generation of men:

Not long after taking up residence in Surbiton, the college had to sell off the theatre for financial reasons, and flats were built on its site. If the current proposals are a case of history repeating itself, what guarantee is there that this will not happen yet again, with further damage to the site?

In 2017 Richmond and Hillcroft merged – ‘a merger in reverse’, with the larger Richmond Adult and Community College (RACC) dissolving and joining Hillcroft, with the governance reorganised. This was to enable RACC to take on Hillcroft’s better legal designation, which they hoped would boost their Government funding. RACC was a General Further Education College (GFE) and Hillcroft College is a Specialist Designated Institute (SDI), a company limited by guarantee and a registered national charity. The merger consultation said that the new RHAAC “will protect Hillcroft’s women only provision within the wider curriculum offer.”

Hillcroft College remains a beacon for the education of disadvantaged women, for any age and regardless of academic qualifications. Their ‘Stay and Study‘ philosophy is outlined here:

A more detailed history of the Gables/Hillcroft can be found here under “Full Site Description“:

The college site is an ecologically sensitive one – alongside key Surbiton wildlife sites, ‘The Wood’ and ‘Richard Jefferies Bird Sanctuary’. These nature sites are only separated by a path’s width from the Gables/Hillside’s grounds. The habitat is contiguous for much of the wildlife, including the many mature trees – from ancient woodland to Victorian planting. As such, Hillcroft’s grounds are an important part of the range and home of many wild animals already struggling in an increasingly urbanised setting – where each new planning application nearby has removed most natural habitat, including trees.*

The habitats on site are suitable for a range of protected and notable species, including Priority, Red-listed, Species of Principal Importance, and London BAP species. Mammals include bats and hedgehogs; there are many breeding and foraging birds, including great spotted woodpecker and tawny owl; rare invertebrates, including endangered stag beetles; other fauna and flora associated with ancient woodland, hedgerow, garden and grassland. Many of these species are now in steep decline or threatened with extinction. The linked association of Hillcroft’s grounds, with the Wood and Bird Sanctuary, provides spillover of additional and exceptional animals and plants:

The RHAAC consultation information stresses that the proposals respect existing TPO trees, but are unforthcoming with any estimate of the tree felling and habitat loss likely as a result of their development. Residents have asked, but not received any answers.

Oakhill House with large grounds alongside the Wood – replacement of 1 with 5 houses and almost no green space left, leaving no buffer zone for the Wood and Richard Jefferies Bird Sanctuary

Hillcroft college, its grounds, The Wood and R.Jefferies bird reserve are placemakers in Surbiton and the Oakhill Conservation Area. I am very concerned about the impacts to the environment at this ecologically important site, and the potential harm to the key historic and Grade II listed building.

I suggest that Kingston Council supports alternative and less damaging proposals to retain Hillcroft’s educational ethos, heritage and environment? I would hope this might include additional scrutiny and community involvement, as well as governance reflecting Hillcroft and Surbiton’s interests more fairly within the RHACC.

Bryant and The Match-Girls Strike