A walk through Kingston’s Great War 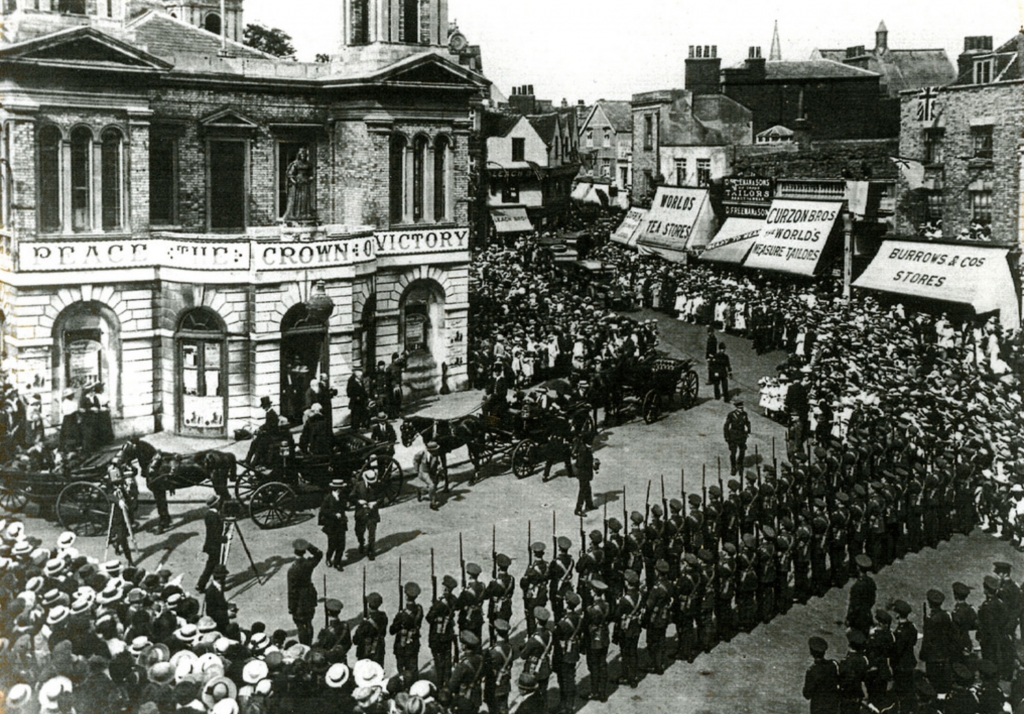 ‘The war to end wars’

Our October evening devoted to the First World War centenary had a poignant beginning. Our two speakers were Graeme Hodge and Ken Cowdery, who as co-founders of Kingston’s War Memorials Association have devoted 20 years researching the human stories behind the names recorded on war memorials throughout our borough. Among those commemorated they have found one ‘tommy’ who was killed on October 17, 1918 – exactly one hundred years before the date of our meeting. He was Corporal Charles George Drewett of 17, Osborne Road, and his name is among 181 commemorated on a memorial board at St Luke’s Church.

Like St Luke’s, every church in the borough tells the sad record of parishioners lost in the conflict known idealistically – but how ironically! – as ‘the war to end wars’.  At All Saints, 64 names listed . . . at St Paul’s, 117 names . . . at St Peter’s, Norbiton, 168 names . Schools and employers have their own records of war dead: Tiffin School honours 117 men killed in action, Kingston Grammar School 38 old boys and masters, the Post Office 18 employees. The total of Kingston’s First World War dead recorded on the Memorial unveiled in Union Street in 1923 is 624 names – 623 men and one woman – ranging in age from Lance Cpl Benjamin Fisk who died in 1915 at the age of 16 to Pioneer Ephraim Taylor, aged 53 , who fell in 1917.

As well as the individual stories of Kingstonians lost in action, Graeme and Ken recalled events that affected civilian life in the borough during those war years. With food shortages caused by U-boat attacks on merchant vessels, there were queues of half a mile and more round Bentalls waiting to buy potatoes: ‘many in the queue were heard to say they had not tasted a potato for two or three months’. Bentalls staff of 500 comprised mostly women, though male staff exempted from military service included Harry Turner, manager of the drapery department who also managed the store’s contract to supply the War Office.

A regatta at Canbury Gardens raised funds for the East Surrey Regiment comforts fund, and a Grand Tudor Pageant was one of many events held on the Fairfield to raise funds to aid the war effort, to support the Red Cross and to send parcels to prisoners of war held in France.

More controversially, the Fife Hall in Fife Rd was the scene in 1915 of a turbulent meeting called by the Union of Democratic Control. This was an organisation founded in 1914 by Ramsay MacDonald which opposed conscription and military influence in government. A hostile audience protesting at Union propaganda that was seen by loyal Kingstonians as pro-German brought the meeting to an early end ‘with three cheers for the King’, as the Surrey Advertiserreported.

With numerous questions and comments, our Kingston Society audience showed its appreciation of this professionally presented and fully illustrated account by Graeme Hodge and Ken Cowdery of their First World War research. It clearly constitutes an impressive contribution to the Royal Borough’s history archives. 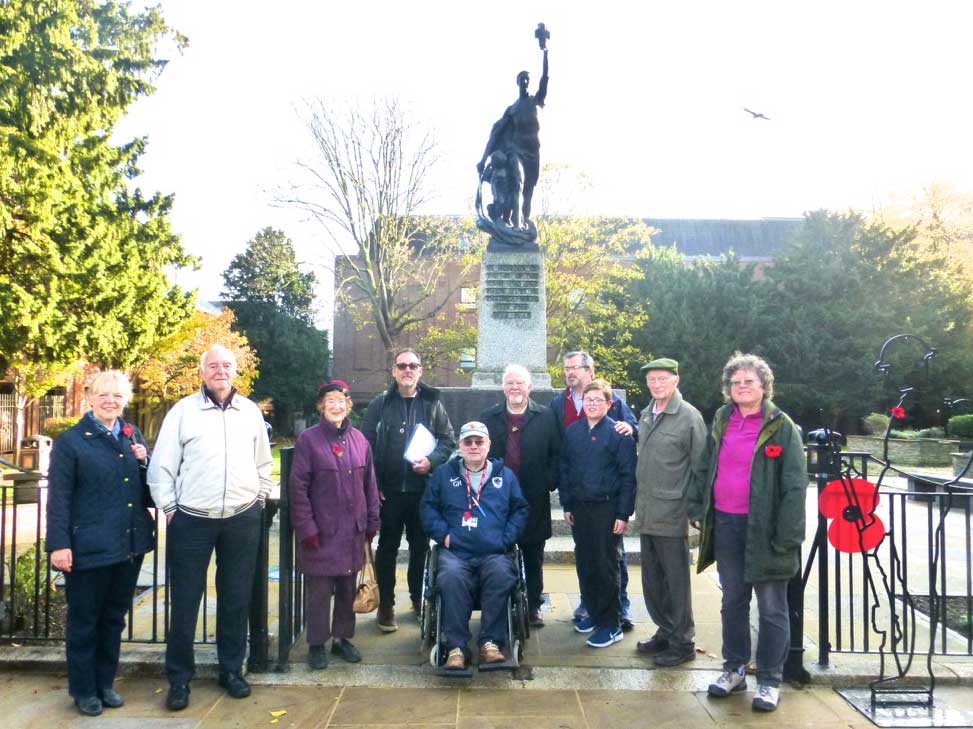