In April we had the sad news of the passing of Marguerite Perkins, a long standing member and former editor of our “Kingston News” publication. On behalf of the Society Anthony Evans was able to attend her funeral held at the Kingston Crematorium on 19th May. An obituary written by David Kennedy and some photos of her when she was presented with some flowers, after she retired from her role in January 2019 alongside the Mayor are here for you to read below.

Marguerite Perkin was in her mid-80s when recently she sadly died in Kingston Hospital.  She had been unwell for some time.

Marguerite, née Thomas, was born in the Ottawa region of Canada.   She graduated from Carleton University with a degree in journalism in 1954 for which she was awarded a gold medal. Marguerite edited her college’s newsletter and was the first woman to do this. After a stint as a federal government information officer, she left Canada to travel abroad.  She found a writing and editing job in London with an architectural industry magazine, through which she met and subsequently married George Perkin, an architect.

After an amicable separation from George, she relocated to Richmond and later Kingston upon Thames.   There for a bit she shared her house in Mill Street with Reg, a sailing instructor, steam locomotive buff and author.  Marguerite commuted to London where she worked for the Department of Health. She was, as a member of a European Union committee, on the standardisation of health care policies and practices.  This involved regular trips to Brussels, which she much enjoyed. At this time, also she was a Star Trek aficionado and sometimes travelled to such places as Los Angeles and Florida for “Trekkie” conventions.

On retirement, Marguerite developed computer skills to an extent unusual for someone of her generation. She put them to good use by editing and promoting  for several years a magazine published by Morley College in London, an institution for continuing education. Marguerite was until recently the editor of “Kingston News” the newsletter of the Kingston upon Thames Society. Over the years, she returned to Canada frequently; initially to visit her old journalism professor at Carleton University, then to visit friends and family in Ottawa and Toronto. Marguerite was a lovable, somewhat eccentric lady who sometimes was a bit prickly to deal with when she was getting Kingston News out to a tight, but undisclosed deadline. She set high standards and expected others to do likewise.  Marguerite will be sorely missed and her like will not be seen again. 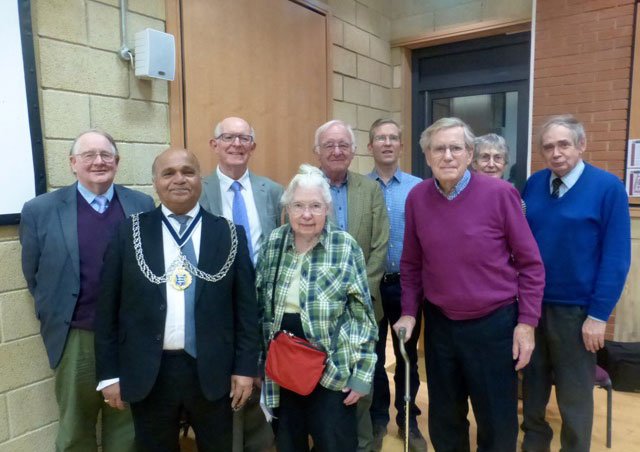