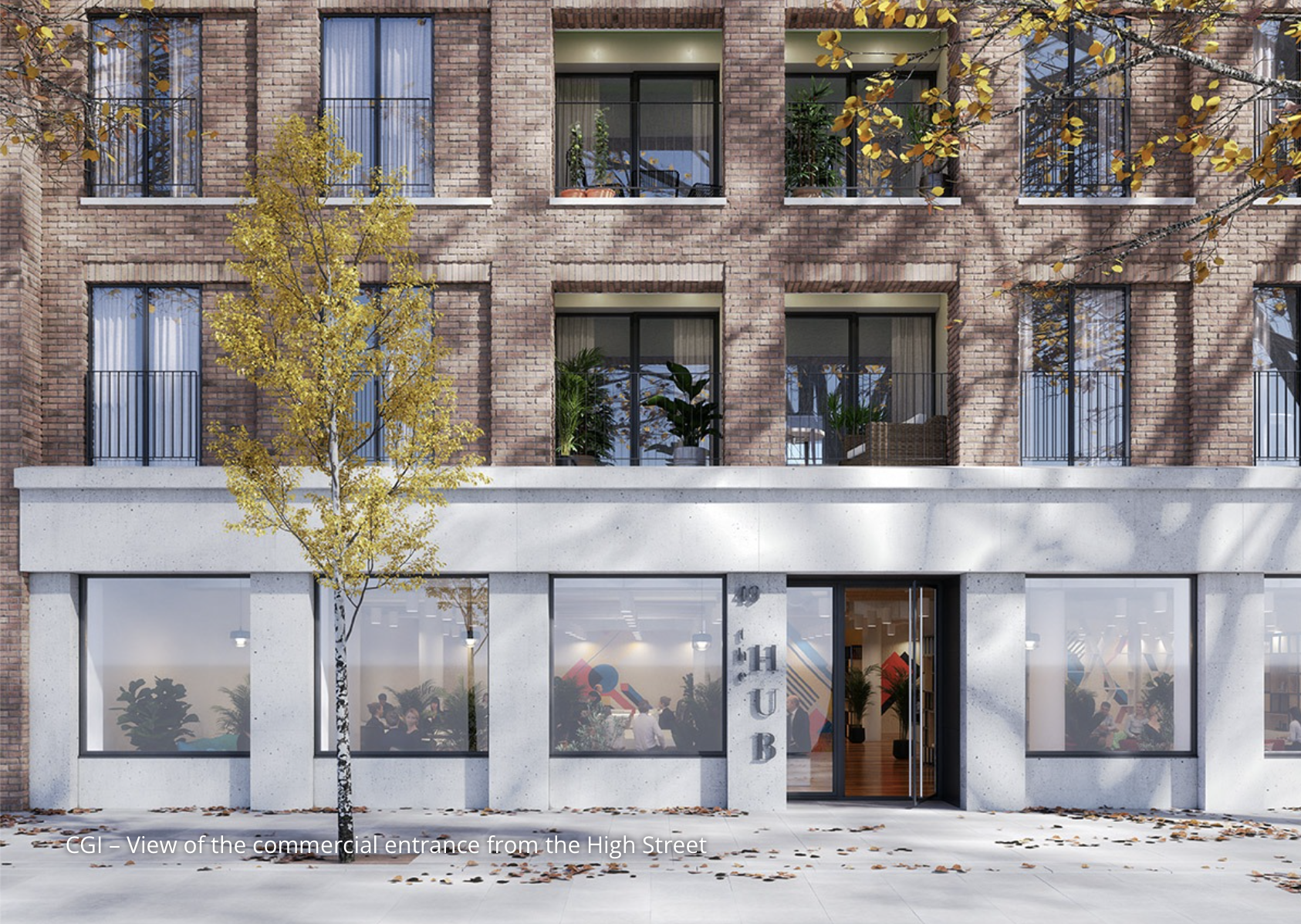 Two different planning applications have been submitted to the Royal Borough of Kingston in the past ten years for different uses on the site. In 2014, a proposal for 140 one-bed student apartments was proposed and subsequently refused by the Council.

Following this, in 2017, a 420-pupil school with 11 residential flats was approved. However, it soon transpired that a school was no longer needed at this location, and the site was sold by the Department for Education. The same architect that worked on that project has been retained for this project and the design principles set out in that approved application have been the starting point for this new development.

With focus now turning towards the revitalisation of our town centres, we feel that a mixed-use development, providing high-quality riverside apartments and flexible working space, is the most appropriate way to bring this site back in to use.

In 2021, we consulted with a range of immediate neighbours, community groups and local stakeholders on our plans for the site, including the Riverside Residents Association. This feedback has been invaluable in helping us evolve and improve our plans. The changes we have made to the plans include:

We continue to be impressed by a developer that seems to have not only listened but changed their scheme as a result. We visited in conjunction with the Riverside Residents Association aCommittee and largely support this moderate scheme that works hard to protect the riverfront, the residential homes in South Lane, has a surprising and inventive amount of outside amenity space, aims to offer affordable housing (to be determined after a viability assessment) and modern office space.

The consultation says, in rather tedious language, about the South Lane streetscape:‘ Precedent of defensive landscape improving South Lane’s public realm and improving passive surveillance thanks to new front door development’ – which means street level doors to the duplex apartments will increase security and neighbourliness.

If we have concerns it is the effect on light to the existing properties in South Lane but feel this is mitigated by a hugely improved street scape with intelligent if restrained architectural design. The March 2022 consultations boards PDFs are here (if that link stops working here is PDF on this site)

The developers say they expect to submit the plans sometime in May, but this may well be delayed by the upcoming local elections. (Shown below views from the opposite river bank and Portsmouth Road) 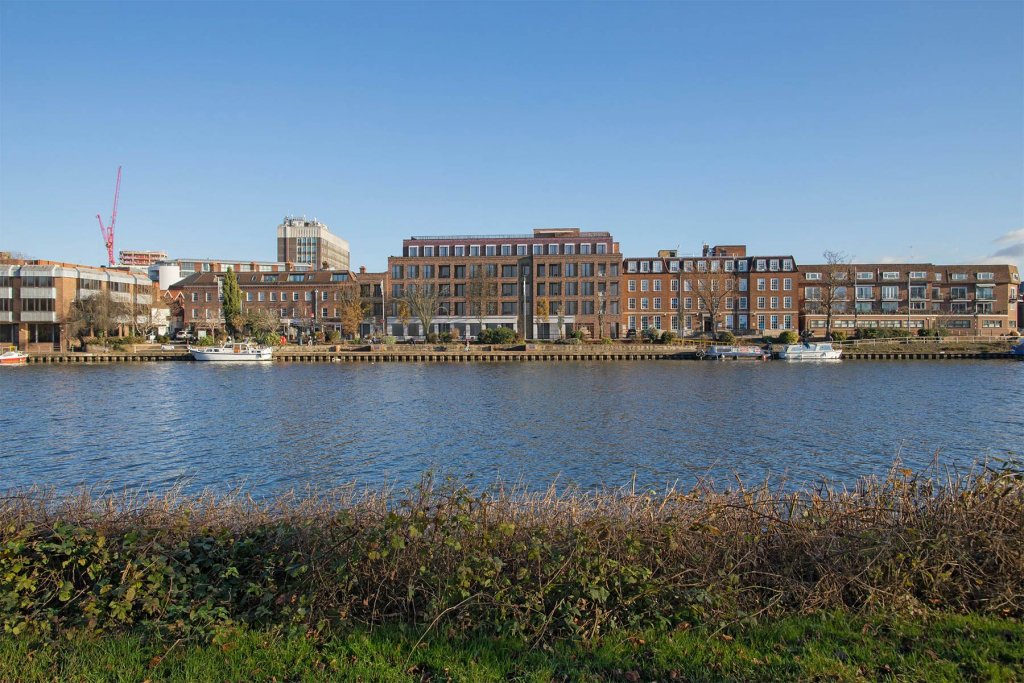