Members of the Committee attended a second consultation, held in public, on the proposals to build two blocks of flats, rising to 16 storeys alongside the John Lewis store. The site – which is split across two empty pieces of land, both being quite small – is currently owned by the Fenwick family – having acquired it from the Bentall family some time ago.

Of the public realm proposals the developers say: “The space will also be landscaped with new trees and planters, offering much needed greening to the area, which is heavily built up. This along with new benches for public use, will encourage people to use this space to sit and relax. There also is an opportunity to include play space for younger children within the scheme.”We are disappointed to report that despite the developers’ (London Square and Fenwicks) claim to have responded to stakeholders’ feedback we can see little improvement in their proposals and little or nothing that reflects our feedback.

Considering this is a second consultation the exhibition boards were very thin on information, with poor quality visuals and remarkably no Design Statement. There is no attempt to show the design evolution, nor examples of the materials palette. We consider this to be a very poor standard of public engagement. Following a previous unsatisfactory virtual public meeting, the Society was promised a further meeting for a useful dialogue to happen. Sadly this has not been fulfilled.

The site is a key one on central Kingston’s riverfront, and has the potential to contribute a much needed improvement. However this scheme opts for height with no evidence of exploring other options, probably to maximise the commercial advantage of flats with direct river views. For example, building across Steadfast Road (like John Lewis has across the main road) would allow a much lower building.

Although the second townside block has been reduced by one storey as a result of feedback, the more intrusive riverfront block – the most complained of feature – has been left at 16 storeys, twice as high as any other nearby building in the immediate vicinity. The justification for this height is that only by building this tall will it be possible to provide the required level of affordable housing. However, seeing what is possible at 45-51 Kingston High Street (see here), this is questionable.

In view of London Plan Policy D9, Tall buildings, C1(f), which says buildings near the Thames should protect and enhance the open quality of the river and not add to a canyon effect along the river, it is difficult to see how the height of this proposal can be justified. This tower block will dominate this stretch of the riverside skyline and shift the focus of attention away from the two bridges. No account has been taken of the 16 storey tower’s impact on Kingston’s Very Highly Important Views from the Barge Walk, the Ancient Market, and Hampton Court or Richmond Park.

In fairness there is, compared to the Kingsgate development at Canbury Place, a high percentage of so-called affordable homes. The proposals will deliver a policy compliant level of affordable housing. 35% of the homes will be affordable, of which 70% will be London Affordable Rent and 30% Shared Ownership.(Confused by the range of terms and meanings for ‘affordable’? See this explainer link)

As it stands, this is a misconceived and harmful scheme apparently based on debatable claims about viability. From the entirely inappropriate height to the poorly imagined Art Deco pastiche details, through to the cynical public realm offering, this fails to be a scheme of any merit. We call on the developer to revise the plans fundamentally before submitting an application, expected before the end of the year. As before, the Society remains open to constructive dialogue to achieve a scheme that will be an ornament to Kingston’s riverside, not a carbuncle.

All the details of this second stage consultation proposals are set out in this link and here is the feedback form – beware it asks very general questions designed to elicit support. 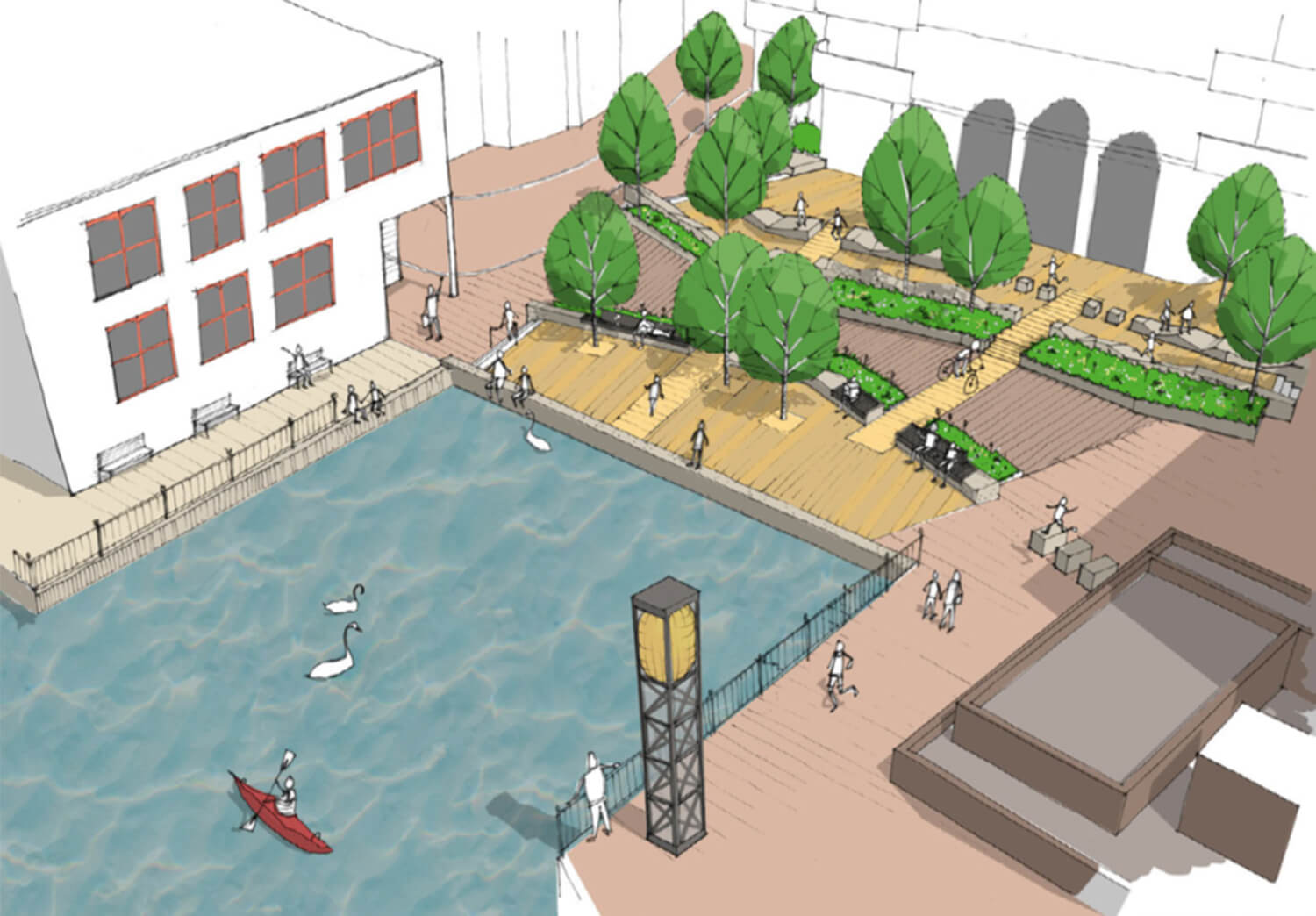