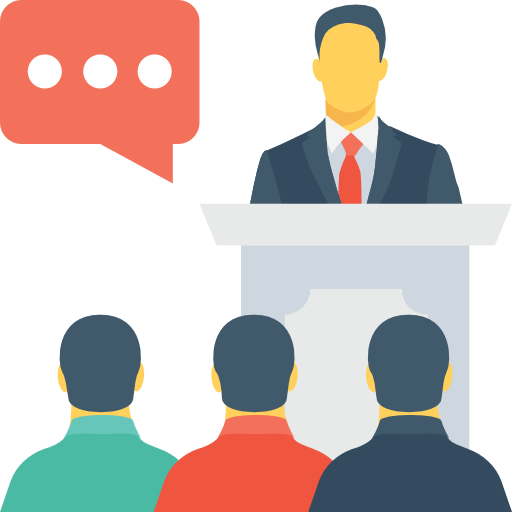 1. The meeting was opened by the Mayor, Councillor Sushila Abraham the ex officio President of the Society. The Mayor welcomed all and stated her appreciation for the work done by the Society for the good of the Borough.

2. Apologies for absence. None received.

3. Minutes of the previous AGM. These were unanimously approved.

Many of the activities which have taken place over the last 12 months have been set out in detail in our last December and January 2022 newsletters, which have been published in digital format. We can provide hard copies for members who don’t have access to e-mails or digital platforms.
Please contact my Vice Chair – Keith Payne – if this applies to you.
I need to update some of the items which have been described in those Newsletters. In no particular order they are:

1. The Appeal against the Council’s refusal of permission for 2 huge new tower blocks in Tolworth. This Appeal was held last September by virtual format, and a decision is currently awaited.

2. The Cambridge Road Estate [CRE] this Application was approved last week by the Council. It still has to be approved by the GLA, but the Council’s partner in this project is Countryside Estates and we understand that they are in in severe financial and internal difficulties, and it remains to be seen if this project ever gets under way as was originally envisaged.

3. “Greencoat House”/”The Rex” building on the corner of Fife Road Kingston: the Application – to which we objected – has now been approved by the Council. A further set of drawings have just been sent to us regarding the site of the former Kaleidoscope Church, on the corner of Cromwell Road and Queen Elizabeth Road. One of our highly experienced architect members has made a number of comments and suggestions as to how to improve the developer’s earlier proposals. We are hoping that when we review the new set they may have taken his ideas and comments on board.

4. A site adjacent to Berrylands station called ‘Chiltern Works’ was the subject of an Application submitted in 2019, for which we had a number of design objections. It was refused by RBK. Just before Xmas they re- submitted it, having made a number of alterations including a slight reduction in height and other minor amendments. The developers have not carried out any further public consultation which they should have done. We are still concerned that it might be allowed having worn down the local opposition. I have been in touch with adjacent residents living nearby in Rose Walk who set up their own Association, and we have agreed to support their further objections to this scheme. This is an example of the Society taking a keen and sensible interest in what is normally a quiet part of Surbiton. I want members and others to understand that just because we are called the Kingston Society it does NOT mean that we are only interested in Kingston town centre.

5. The draft Local Plan. This was published last Summer amidst a blaze of publicity, encouraging anyone who wanted to engage with the Local Plan process to take part. A number of local sessions and exhibitions took place. We wrote to ask if we could support and work alongside the Officers responsible for starting what will be a lengthy process. One of our highly experienced Committee members took on this project. Despite repeated attempts to get any reply from RBK we have had no none other than to mention that the head of that section has just recently returned from maternity leave, although there is at least one other Officer in that team. This illustrates how frustrated we feel every time we try to engage with RBK Officers.

Another item of interest is a project which one of our key Committee members had worked on some time ago but had little success. It has come back via an initiative promoted by our friends in the North Kingston Forum and its Chair – Diane Watling. The Forum has reignited the idea of setting up an “Urban Room” project, which we anticipate might be supported by a wide range of residents Associations and other interested parties across the whole Borough. An “Urban Room” could either be set up in a physical place – maybe an empty retail or office space- or on a virtual basis. The idea is for residents and organisations could have the opportunity to look at current Planning Applications and accompanying models if available, have the chance to discuss these amongst themselves, and to quiz developers on submitted or draft plans. Although some of this is currently undertaken by it is often felt by the Society and residents that this is just paying ‘lip service’ to tick the relevant box to persuade the Council that the local community have been properly consulted.

Finally, I must remind you all that this year we’ll be celebrating the Society’s 60th anniversary. We are already making plans for this including an exhibition in collaboration with the Kingston Photographic Club possibly getting members to submit 60 images taken this year and possibly others from the 1960’s. In October last year we heard about the death of one of our former Chairmen and Vice President – the late Neil Philpott – I thought it might be a fitting tribute to his hard work to name the prize in honour of his name.

I apologise for the length of this Report, but I wanted to let everyone know about the many projects with which we’ve been involved over the last year.

None of this work could be done without the time spent by all the members of my Committee. I want to thank all of them very sincerely for their continued support.

6. The Treasurer’s report. Yusuf Siddiqi presented the accounts for the financial year ending 31 August 2021. The report was unanimously approved.

7. Election of the following Officers and Committee Members for the year 2022.
Nominations:

The nominations were unanimously approved.

No nominations received for External Examiner

8. Suggestions from the membership for future activities. There were none

9. Address by the President. The Mayor reviewed the various activities of the Society and went on to mention fundraising activities for local charities for the Mayor and explained the work of her two chosen charities; Anstee Bridge, who work with young people facing emotional challenges, and the Milaap Community Centre, who support elderly people in need. She mentioned the following events coming up: the Mayor’s Charity Ball on 18th March – Masquerade Ball and a multicultural event at the Rose Theatre on 10th April. A Disco Night on 23rd of April at Shiraz Mirsa Community Hall in New Malden. A Charity Golf Day on 11th May at the Malden Golf Club. She extended her invitation to attend the events above and also asked members to raise awareness of the charitable work taking place across the borough in these challenging days. She also mentioned the Mobile Mop Up project. In co-operation with Chessington based tech business Geniuine Solutions, residents can now hand in their old or unused tech devices – such as mobile phones, tablets, laptops or similar accessories at a number of collection points across the borough and asked the Society to help spread the word about this important recycling activity. AE will follow this up on behalf of the Society.

11. There being no further business, the Chairman thanked the Mayor and closed the meeting.