Skip to content
The man who built St Raphaels Church 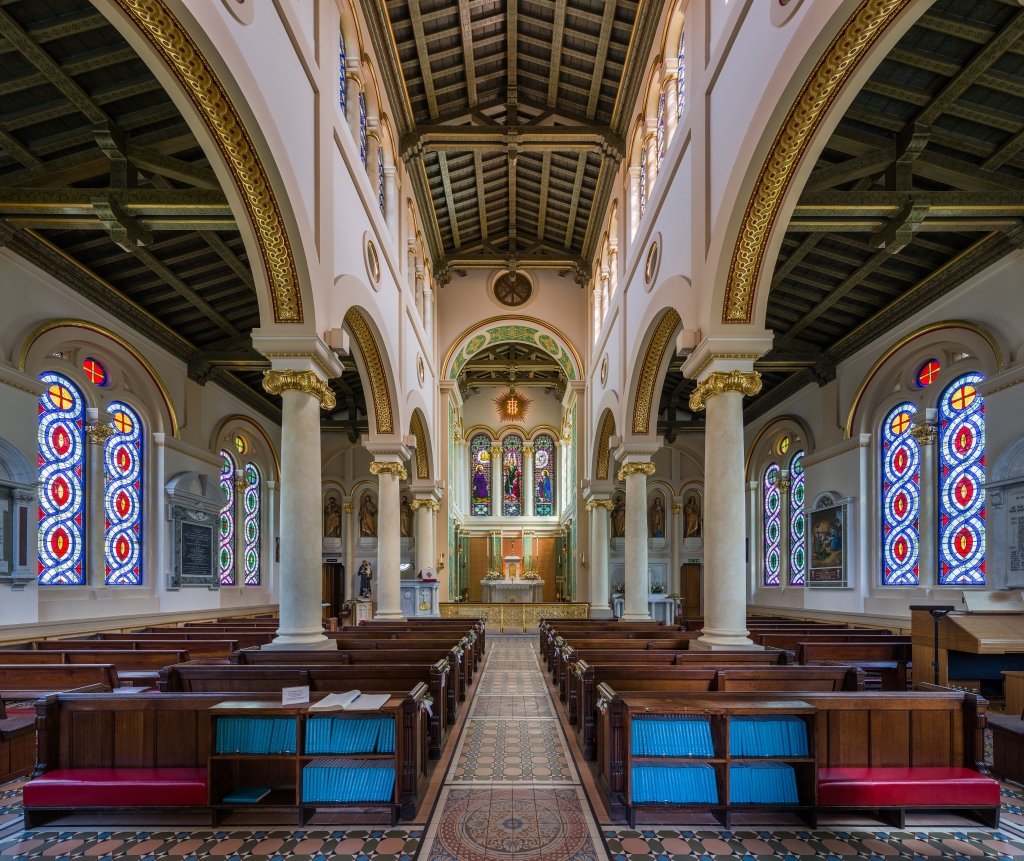 The story of Alexander Raphael, 1775-1850. Builder of St. Raphael’s Church, Surbiton.
This illustrated talk was researched and presented by our own Dr David Kennnedy

St Raphael’s is one of the finest examples of Victorian Italianate architecture and is now on the Registered List of Buildings of historical and architectural interest.

The traditional design consisted of nave, aisles and chancel, with walls made of Bath stone.  There is a square tower or campanile of three storeys projecting from the facade.  This West Tower, facing the River Thames, has a typical Victorian Italianate top enclosing a belfry, where originally two sweet bells would automatically chime the Angelus at 6 am, 12 noon and 6 pm.  At the lower levels, the clock was made before 1770 by Henry Hindley and probably acquired from the Savile family in Yorkshire.  Below in the archway immediately above the main door is Alpha|Christ|Omega symbol embossed in the Bath stone.

The side aisles are covered by sloping roofs with windows that are all round-arched and decorated with so-called Venetian tracery.  The facade incorporates the fronts to the side aisles recessed behind the Tower.  The composition is given added prominence by further north and south wings which were originally the Priests’ House and also the School, with domestic accommodation.  The latter was named “Alexander House” in 2003 in honour of Alexander Raphael.

Sited in the choir loft, the organ was constructed by Bishop & Starr, appointed organ-builder to Her Majesty Queen Victoria.  It is still in reasonable working order today, though there has been some deterioration and some repair work is required. The organ is believed to have been played by Chopin and many other celebrated musicians.

Beneath the High Altar is the Savile family crypt, where the remains of Alexander Raphael lie in a brass-studded coffin.  Ten members of the Savile family are also interred there, together with Father Ainsworth, the first Parish Priest, who died on 20 January 1880, and most recently Canon Bernard Grady, Parish Priest from 1955 to 1987.  He died in February 1992.